British Bedmate is quite a sweet story. A sweet story with a dirty talker for a main male character. It’s about Bridget – a single mother and a two-year widow – and Simon, a seriously drool-worthy, British doctor who doesn’t plan on being tied down. Ever. When Bridget decides to rent out a room in her house to a friend of a friend, she had no idea it was to the hot doctor who removed a fishing hook from her ass a few months ago. And not only does the close proximity to all that cocky manliness at her house make her all hot and bothered, Simon’s also started working in the same hospital that Bridget works as a nurse. The attraction is absolutely reciprocated, but Simon’s planning on going back to England. And besides, he never wanted kids. 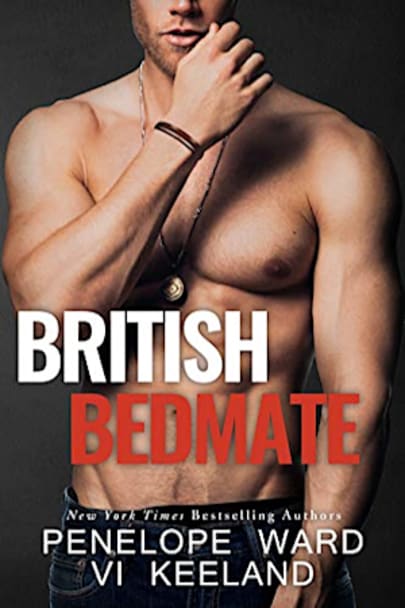 I enjoyed this read, I really did. But the story won’t stick with me. It’s a perfectly fine rom-com with a little bit of everything to appeal to the masses but not a lot to make it stick out. There’s a beautiful widow with a cute son. There’s a Brit with abs for days. There’s dirty talk and sexual tension that eventually leads to some well-earned nooky. And after a bit of angst, there are professions of love. And then there’s more angst. What’s not to love right?

For me, the average reads are the hardest to review. I liked the story well enough, but the intrigue didn’t really pull me in. But the thing is, I know there are many who will love this book, and that’s perfectly understandable. It’s very well written with interesting characters. The storyline is good and there’s an awesome plot twist – kudos to Ward and Keeland. But the story simply didn’t really speak to me and I can’t explain why since, on paper (though I read on my Kindle), this is the perfect rom-com.

Even though I loved Bridget’s character immediately, Simon was a harder pill to swallow. The fact that he started talking dirty to her during their very first meeting, while acting as her physician, felt sort of creepy. I’m sure it was intended to be sexy, but to me it just came off as seriously lewd and inappropriate. So he had some redeeming to do in the next chapters which I’m sure wasn’t the intention of the authors.

The way Bridget and Simon danced around each other was nicely described. And the increasing tension and chemistry between them was as well. The plot twist was great but in retrospect I’m a bit conflicted about it. The initial shock-value was through the roof so story-wise it was a win. But now – trying to avoid any spoilers – I’m thinking it was maybe an easy out for Ward and Keeland to justify Bridget moving on with her new love.

Either way. This is a perfectly fine read that will be adored by so many readers. Just not by me. But it was an acceptable pastime with a HEA so there aren’t any reasons not to read it.