This is the story about Finn, a human detective who manages to get into the vampire-only detective unit, and Marcus, the grumpy vampire who gets partnered with him. Marcus is determined to get rid of his pesky, little human partner as soon as possible but as they get involved in a case threatening to disrupt the alliance between humans and vampires, the two grow closer. 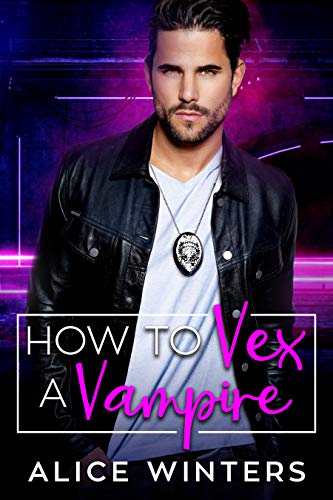 This could have been an okay read. It’s well-written with obvious time and effort put into it. There’s both a short-term plot (resolved in this book) and a long-term one that (I assume) continues in the following installments.

Unfortunately, the main focus – the romance between Finn and Marcus – is so very poorly executed. It’s one of those entirely inexplicable romances without build-up or chemistry, all of a sudden they’re just together and you don’t really understand why it happened. Sure, Finn found Marcus attractive and told him so. Repeatedly, in all kinds of crude ways. But it didn’t appear to be sincere. And for Marcus part, he didn’t seem interested in Finn at all. Until apparently he wanted to be boyfriends.

There was banter. Lots and lots of banter. And it was fun. In the beginning. But it just kept on and on. With Finn and Marcus hardly ever having a serious moment together. They were just like two pals constantly ribbing each other.

I was super disappointed since there’s so much to like about this story. First there’s the awesome world-building. The society with vampires and humans co-existing and all the problems that comes with that was an awesome story setting. Also, Finn’s background, his previous experiences and unorthodox upbringing and family. I wanted so much to learn more about that. That Finn wasn’t physically “perfect” was another big plus. I haven’t read many stories featuring main characters with a disability and realizing that was an eye-opener for me. Unfortunately, all these great things wasn’t enough to lift this read above a mediocre rating due to the non-existent chemistry between the two MCs.

So this is not a story I would recommend for someone looking to read a romance between two police detectives. Simply because there is no romance. My description of How to Vex a Vampire is that its’ a book about two detective fuck-buddies who low-key get on each other’s nerves.