I’ve been waiting (very impatiently I might add) for The Enforcer Enigma ever since I discovered this series earlier this year. Because it has all the best things rolled into one delicious package. There’s sparkle, fabulously quirky characters, snark for days and werewolves doing naughty, indecent things. 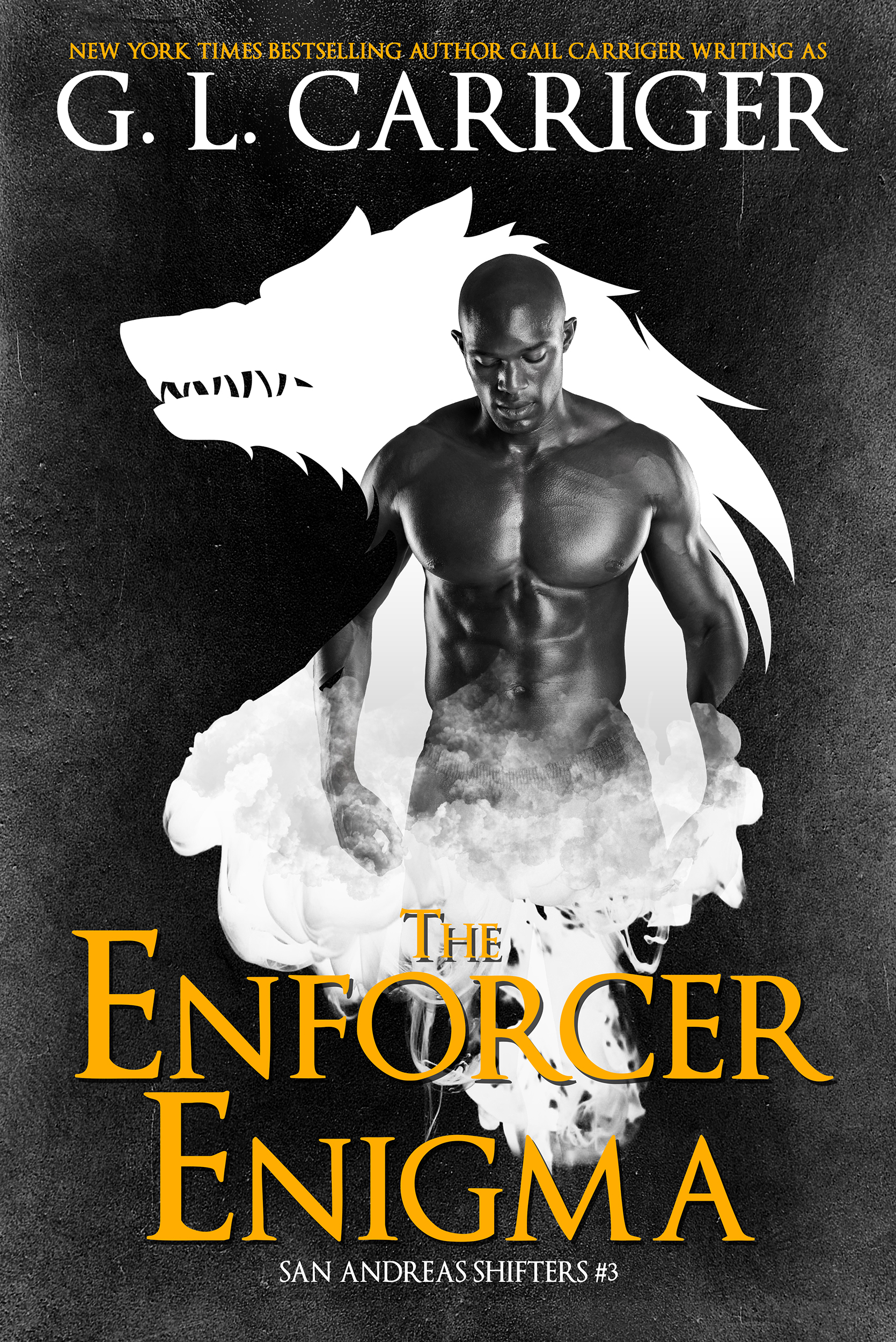 And The Enforcer Enigma didn’t disappoint. It has all those things I loved about the first two installments and more. There are outrageous and fabulous characters of all genders (okay, mostly male. This is an M/M romance after all). There’s banter and snark. And there’s a lovestory unfolding in parallel with a plot including stolen goods and a sparkly, country-singing she-wolf.

Blurb: This is a lovestory between the big and hot enforcer, Judd, and the bright but timid Colin. Both of them belong to the San Andreas’ Pack and both are making googly eyes at the other. But Colin, still struggling to overcome the neglect and bigotry of his childhood, doesn’t believe he’s worthy of someome such as Judd. And Judd, in turn, thinks he’s way too old and too rough for the delicate Colin. And when Colin’s mother – the Alpha-wolf Queen of Country music and bitchiness – hires the San Andreas’ wolfs as bodyguards, Colin’s insecurities intesifies.

Not being an American, I’m entirely ignorant about the legal significance of state lines. So I didn’t completely understand the finer points of the fencing plot, but I still enjoyed it immensely. That’s one of the things I adore about this series. It’s not only the shifter angle and the romance angle, but there’s action as well. A plot that keeps up the pace and adds even more sorts of unconventional characters to the story.

But of course, the best thing about this read is Carriger’s wonderfully dry humor and the fabulous universe she has created. Her writing style, the eccentric characters and the understated, British-type humor is to die for. I had a smile on my face throughout the entire book (well, apart from a few moments that I’ll come back to in a bit). I just love Carriger’s writing. Her books – The Enforcer Enigma included – just makes me so darn happy. Because she does happy-writing so very well. Even though this read contains dark elements, it’s all described in this light and quirky setting, but without down-playing the dark. It’s bloody talented.

There was one thing in The Enforcer Enigma that had me cringing in discomfort though. And that was the reckless misuse of labcoats in the story. Not only did Alec apparently wear his labcoat home from work (*winces*), but he even wore it to a Café (*full body-shiver*). As all occasional wearers of labcoats know, the coat should never ever ever leave the lab. Ever. The mere thought of bringing a labcoat into a place where food is served is truly upsetting and makes me feel slightly nauseous. But then, this is fiction and even though every mention of the out-of-its-element labcoat pulled me out of the story, I realize that most people probably won’t bat an eye.

In conclusion, I loved this book. And I can’t wait for the next in the series. As characters go, neither Judd nor Colin has supplanted Max as my favourite person in the San Andreas Shifters series, but he’s so awesome nobody could. Anyway, I really hope the next couple will be Trick and the grumpy Deputy Kettil, but any couple Carriger writes about, I’ll read. I highly recommend this book for anyone who likes love, shifters and sequins. However, I would recommend reading the first two books in the series first. For optimal enjoyment.

Also, that The Enforcer Enigma cover model was absolutely yummy didn’t hurt either.